It may be premature and, as some critics claim, presumptuous, to readily imagine a world where ‘cognitive consonance’ of non-organic, silicon-based entities blurs the lines of reality as we currently (and organically) understand it. That said, it is not difficult to objectively view and perhaps embrace the reality of AI changing the fundamental building blocks of modern economy, as we know it.

Financial Institutions (FIs) have already changed significantly over the last decade under the umbrella of Digital Revolution. Wave 1 of this revolution was heralded by SMAC (Social, Mobile, Analytics and Cloud) and Wave 2 is being driven by Fintech innovation, AI and Blockchain (FAB, if you will). By far the most radical and far-reaching of these has been AI, whose infinite adaptability and ‘neural basis’ has made it central to any FI that wishes to make its play at the turn of this decade. It is therefore not imprudent to take a philosophical vantage point and observe the unique effects of rapid experimentation in AI and potentially outline what the Endgame of Wave 2 could (ought to?) be.

A good way to address such a lofty goal is to start at the beginning: Data. Data is the currency of our brave new digital world and harnessing it meaningfully is the stuff that drives valuation of global tech behemoths. It is also the playground of Fintech start-ups who are unencumbered by non-digital legacy, and whose key focus therefore, is to find unique and original ways to derive intelligence from available data and streamline this intelligence to provide tangible value to their clients.

This translation of data (the raw material of the digital-industrial age) into intelligence that can yield value is the playground of Artificial Intelligence. Algorithms are equipped to dynamically learn from data streams and constantly improve their understanding of the ‘Narrow Intelligence’ tasks that they are built to perform. As the race to Artificial General Intelligence heats up (notwithstanding the many contrarian voices that argue against this eventuality), we may do well to take a leaf from the pages of our own evolutionary history to pause and reflect on the cost vs. benefit of gaining this intelligence itself.

Intelligence, as has been amply demonstrated in the organic world, is a double-edged sword. It is capable of penetrating analysis and consequently of the most debilitating paralysis. Intelligence allows for cohesive structuring of data to better the lives of consumers who use it. It also allows for treacherous minds to manipulate it to their benefit, wreaking havoc on the financial ecosystem at large. AI has been harnessed to great benefit by FIs to test and deploy sophisticated algorithms that literally learn on the job and become more intelligent as they do so.

Counterproductively, AI also equips fraudsters, money launderers and terrorist cells to rapidly outsmart existing digital defenses and lay waste to billions of dollars of investor and customer wealth. Which brings us to the slippery slope of digital ethics. Of all human constructs, ethics remains central to our being, the checkpoint against flagrant abuse of power. This same system of values therefore must seek digital expression if we are to make the leap into the final frontier: That of creating Artificial Wisdom from Artificial Intelligence.

So what is Artificial Wisdom? Is it a relevant point at all? Does it go beyond semantics or is it a convenient theoretical point that has no pragmatic value? These aren’t easy questions to answer. However, from a product development and technology enhancement perspective, it can be argued that such questions ought to be asked a priori and, not taken a stab at after the fact.

Consider the case of an AI ‘appliance’ which functions as a federated intelligence device, capable of plugging into the myriad data sources at a client’s end. By intelligently using available data, the appliance can provide deep insights into potential fraudulent behavior, help limit losses, empower strong governance and help create and validate complex relationships between seemingly disparate data points and deliver monetary value to the client through targeted suggestions on prospecting, cross-sell and up-sell.

And that’s just one potential use case. The possibilities, as is true with all of AI, are practically infinite. But, what of the wisdom? An appliance of the nature described is a tremendously valuable tool for the customer and the vendor alike. One element of wisdom that goes without debate is ethical utilization of end-user data. True wisdom can also be factored in long-term thinking, which, when embedded in business decision-making can eliminate losses due to blind spots in business expansion plans and ensure that client confidentiality is accorded its well-deserved high seat.

Paraphrasing Steve Jobs, it is well nigh impossible to connect the dots of the future. The variables are too many and the potential outcomes through gamification and other predictive modes are limited. So while co-existence with AI is a reality and a potential eventuality, it is important for us to strike notes of caution repeatedly and often, so that we may glean from wisdom what might have been lost with intelligence alone. 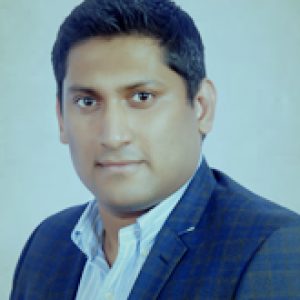 Director- Strategic Sales
Kiran is a working professional with experience in the Consulting, Banking and Technology domains. He is currently Director-Strategic Sales for CustomerXPs and is responsible for ensuring long-term partnerships with clients across India, MENA and SEA.
kiran.ramaswamy@customerxps.com
PrevPrevious
NextNext
We use cookies on our website to give you the most relevant experience by remembering your preferences and repeat visits. By clicking “Accept All”, you consent to the use of ALL the cookies. However, you may visit "Cookie Settings" to provide a controlled consent.
Cookie SettingsAccept All
Manage consent