Anti-Money Laundering in an Era of Crypto-currencies

Anti-Money Laundering laws and mechanisms prevent money obtained illegitimately from entering the formal economy thereby legitimizing its source. However, it is a constant battle between the launderer and the regulator. As the financial ecosystem keeps evolving with new products, instruments and processes so do the potential for misuse of these avenues for laundering.

This blog examines one such contemporary evolution i.e. the advent and growth of crypto-currencies, the challenges it has presented for anti-money laundering efforts and the checks and balances that are being put in place worldwide to plug the loopholes that it exposed.

Money laundering attempts have been part and parcel of the growth of human civilization. As early as 2000 BC Chinese merchants are known moved their wealth to remote provinces or overseas to avoid taxation. The term money laundering comes into being around the 1920s as a result of the ingenious use of laundromats to conceal money from illegal activities by the legendary American gangster Al Capone. Very soon money laundering became a major facilitator for a flourishing of narcotics trade and terrorism.

However, it was soon evident that money laundering is a global phenomenon, tackling it required a cohesive global approach. The Financial Action Task Force (FATF) was formed in 1989 by the G7 nations for achieving international AML objectives. An inter-bank institution called the Wolfsberg group was formed in 2000 and it publishes the Wolfsberg Standards for the financial industry in the banking space relating to anti-money laundering.

The financial industry is very dynamic in nature. Innovation leading to new developments is an integral part of its evolution. Money launderers are always on the lookout for exploiting vulnerabilities relating to new financial instruments, mechanisms and processes to legitimize illegal money. One of the latest developments, particularly relevant in this context is the introduction and usage of crypto-currencies.

Cryptocurrency is a digital currency implemented using a decentralized distributed ledger technology such as blockchain. The most widely prevalent cryptocurrency today is Bitcoin. There are over 4000 other cryptocurrencies which have been created that are collectively called altcoins. Some of these include Litecoin, Zcash, Monero, Ripple, etc. As per a 2017 research by the University of Cambridge, there were between 2.9 million – 5.8 million unique cryptocurrency users. The value of a single bitcoin in USD has increased from 0.005 USD in 2009 to over 6000 USD in 2018.

With a rising user base, increasing transaction volumes and distributed decentralized control, cryptocurrencies provide an enticing target for laundering activities. The relative anonymity offered by cryptocurrencies makes it particularly appealing for money launderers.

Innovations like zero proof technology and cryptocurrency tumbler have made extracting sender or receiver information from transaction data virtually impossible and hence transaction tracing and link analysis can no longer be used in the cryptocurrency world. However, transactions relating to the conversion of fiat currency to cryptocurrency (e.g. USD to bitcoin) and vice versa can still be analyzed to detect anomalous behaviour.

As the laundering challenges presented by the crypto-currencies increase, there are corresponding changes in the legal landscape to fight the problem. US Commodity Futures Trading Commission (CFTC) has designated trading in bitcoin as a commodity transaction. EU has implemented the fifth money laundering directive (MLD5) to include Cryptographic exchanges and wallet providers. From April 3, 2018, AUSTRAC began regulating digital currency exchanges (DCE) under the AML/CTF laws.

Japan which recognizes bitcoin as a legal tender has also formed a Japanese Virtual Currency Exchange Association to promote regulatory compliance. In India, RBI does not recognise bitcoin as legal tender and has issued several advisories classifying any cryptocurrency related transaction as risky.

Given the evolutionary environment in this domain and expanding compliance requirements, traditional EFM/AML vendors have a big opportunity to extend their offerings to cover cryptocurrencies, particularly with reference to transactions at the cryptocurrency exchange. They can use traditional methodologies like fraud detection, anomaly detection and suspicious transactions to identify money laundering attempts and help the enforcement agencies in this regard thereby minimizing the use of cryptocurrencies for parking illegal funds. 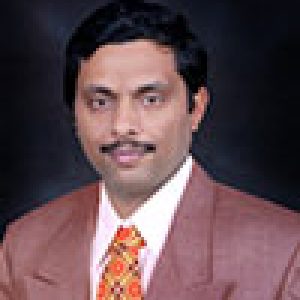 Prateek is a technology expert with 18+ years’ of experience across diverse domains and technologies including J2EE, Middleware, Big Data, ML, Oracle technologies, C++, Java, .NET, EDA and Mainframes and has worked in US and EMEA. He is a holder of multiple patents, is a recipient of several certifications and has authored books on Java and WAP. Prateek is a B.Tech (Computer Science & Engineering) from IIT Kharagpur.
PrevPrevious
NextNext
We use cookies on our website to give you the most relevant experience by remembering your preferences and repeat visits. By clicking “Accept All”, you consent to the use of ALL the cookies. However, you may visit "Cookie Settings" to provide a controlled consent.
Cookie SettingsAccept All
Manage consent