Cybercrime continues to be an unending botheration for banks. While the focus of attempts and attacks until recently, tended to be on the banks’ customers (via card and account detail compromises), of late fraudsters have become more sophisticated and have raised the stakes.

They have shifted their focus and are now directly targeting banks. They have begun deploying increasingly sophisticated methods of circumventing individual controls in the banks’ local environments and have probed deeper into systems to execute well-planned and finely orchestrated attacks.

One area where fraudsters have increased malicious attacks is Correspondent Banking, especially via SWIFT.

SWIFT was developed at a time when the primary focus was on interconnectivity and security was not really a concern. However, with increased adoption of the SWIFT network, security lapses / gaps in the entire value chain, especially the weaker links, have started getting exposed.

Fraudsters have discovered that they can leverage vulnerabilities in SWIFT’s member banks’ processes and procedures, particularly in countries where regulatory and security controls are less robust.

Here are a few instances –

The February 2016 SWIFT heist was a watershed moment for the payments industry. Though not the first case of fraud against a bank’s payment endpoint, it was the sheer scale and sophistication of the attack which shook up the global financial community.

The fraudsters used the following process to decamp with $81 million –

A similar modus operandi was seen in the incidents at several other banks as well – Vietnam’s Tien Phong Bank, Ecuador’s Banco del Austro and recently in an Indian private bank.

In both cases, even though not all of the money made its way into the fraudsters’ hands, they are still alarming examples of how systems can be duped.

Banks must counter-attack this combination in a holistic rather than a piece-meal fashion to gain an upper hand over the fraudsters. They must rally efforts on better coordinating their cyber-security, anti-fraud, and staff risk management programs.

SWIFT meanwhile has initiated a Customer Security Program (CSP), wherein it provides elaborative security controls. However, banks should put additional transaction monitoring checks using intelligent fraud detection and prevention systems. This should eliminate fraudulent cases where cyber-security systems have failed in the past.

With cybercriminals continuing to attempt penetrating traditional strongholds, it is imperative that financial institutions take necessary steps to secure their environments. Enterprise-Wide fraud management is one of the approaches that can enable financial institutions to prevent the attacks, as well as increase the likelihood of an attack being detected in time. 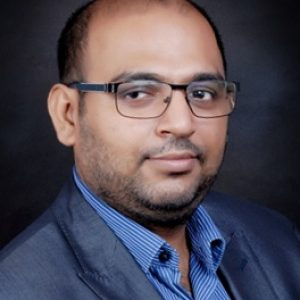 Senior Business Consultant
Varun is Product Manager at CustomerXPs and plays a key role in the evolution of the company’s category leading real-time banking anti-fraud product Clari5. He has broad experience in Fintech and Telecom in the areas of Strategic Planning, Business Development, Delivery and Product Management. Varun is a B.Tech. and an IIM MBA.
varun.maggon@customerxps.com
PrevPrevious
NextNext
We use cookies on our website to give you the most relevant experience by remembering your preferences and repeat visits. By clicking “Accept All”, you consent to the use of ALL the cookies. However, you may visit "Cookie Settings" to provide a controlled consent.
Cookie SettingsAccept All
Manage consent