EuroPay, MasterCard and Visa (EMV) is a technical standard developed to ensure more secure Point-Of-Sale (POS) transactions. EMV allows non-static information to be transferred between the card, the terminal, and the financial institution that processes credit card transactions. This takes care of skimming fraud where fake devices would copy data from magnetic stripes and use it on another card. While EMV is not new technology and has been in use for over a decade, it has made its way to the US in the last 2 years.

How does EMV Technology work?

EMV uses microprocessor chips that encrypt bank information making it far more secure than the old magnetic stripe cards. Magnetic Stripe uses static data that is stored in the stripe on the card (this makes it unsafe considering it can be stolen and used). The static information means that the number transmitted by the card for all transactions is the same. 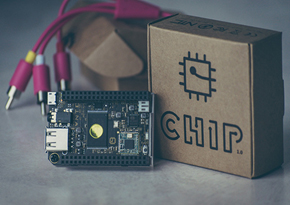 The verification method for EMV cards can be chip-and-pin or chip-and-signature, with the former being the preferred choice in Europe and the latter often used in the US. This is contactless transaction which is becoming popular as NFC (Near Field Communication) technology used by mobile payments is making inroads. While technological advancements are racing ahead to reduce frauds, fraudsters are not far behind, as they continue to seek innovative methods.

While POS frauds and card counterfeiting have reduced in countries that are early EMV adopters, the cybercrime scene has now shifted to the canvas of e-commerce and online transactions. Fraudsters are also keenly watching late EMV adopters as potential targets. With data breaches and online theft increasing, security agencies have reported a doubling in crime rates of online frauds. ATM frauds are not far behind – swindling with counterfeiting cards and duping to snatch PIN numbers are on the rise.

Research analysts report that these types of frauds are more damaging to the customer by the day. The frauds go unnoticed as the unauthorised purchases and withdrawals lie hidden in the transactional details list. Not many customers go through their transaction histories regularly and closely.

Using EMV technology for cards has seen a reduction in skimming-type attacks, but the crime rate has increased in other ways of stealing money. Research firm Aite Group reports that losses from counterfeit, lost, and stolen cards in Canada dropped from $245 million in 2008 to $112 million in 2013.

A research by the European ATM Security Team (EAST) found that fraud-type attacks increased 28% during the first half of 2016 with cyber criminals stealing €174 million and Aite reported that there was a 79% increase in online fraud during the EMV adoption phase in Europe.

The banking sector is now making a move to bring in EMV-chip-enabled credit and debit cards, which generate a unique transaction code with each purchase, making them harder to spoof. With these systems and cards rolling out, mining credit card numbers will not be as valuable for criminals, says Privacy Rights Clearinghouse. 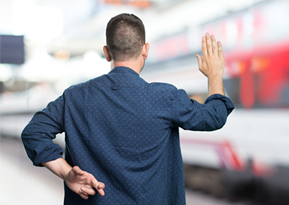 While fraud severely erodes customer confidence and the bank’s bottom line, fraudsters continue to keep pace with the very technologies that are being developed to keep them at bay.

However, it does help to have an intelligent, pro-active, well-synchronised cross-channel system in place that –

To effectively combat fraud, Banks must go beyond conventional anti-fraud solutions. Intelligent platforms are now available that harness data in real-time from across channels to not only deliver a unified anti-fraud mechanism but also helps create a secure ecosystem.

PrevPrevious
NextNext
We use cookies on our website to give you the most relevant experience by remembering your preferences and repeat visits. By clicking “Accept All”, you consent to the use of ALL the cookies. However, you may visit "Cookie Settings" to provide a controlled consent.
Cookie SettingsAccept All
Manage consent