“Breaking News: Singapore to use data tracking against money-laundering”. What bearing does this headline have on a safer and more secure banking system?

Let’s rewind to 2015 and 1Malaysian Development Berhad – a Malaysian fund set up in 2009 by the Prime Minister of Malaysia,  with the intention of turning Kuala Lumpur into a financial hub, much like its neighbour, through strategic investments, to help boost the economy.

The Wall Street Journal broke a story in 2015 and reported a paper trail of alleged misappropriation of funds in 1MDB to the tune of US $ 700 million, traced to the PM’s personal accounts.

All hell broke loose and investigations by the US Department of Justice revealed that the quantum of laundered money is actually US $3.5 billion!

Since then, multiple foreign authorities have been involved in the investigations of this scam – something so massive that it has thrown open a Pandora’s box on the prevalent AML security systems in banks.

MAS (Monetary Authority of Singapore) and its role in banking regulations 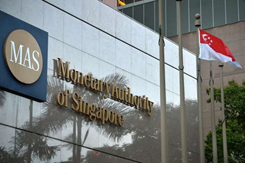 “MAS ensures that Singapore’s financial industry remains vibrant, dynamic and competitive by working closely with other government agencies and financial institutions to develop and promote Singapore as a regional and international financial centre.”

“Given the nature of its position and authority, one of its functions is to “conduct integrated supervision of financial services and financial stability surveillance.”

“Moreover with Singapore being a key financial mecca in the South Asian region, it plays an active role in international fora and is a key contributor to shaping financial regulatory norms.”

In this context, given the nature of the 1MDB scandal, Singapore’s MAS has been probing different banks for any breach of security and money laundering activities while handling transactions linked to 1MDB.

To quote a report in Shanghai Daily, “The Monetary Authority of Singapore is looking at several aspects of the UBS and DBS Group Holdings’ operations including whether they were diligent enough in knowing who their customers were and what the source of their funds was, and whether they were particularly careful in screening politically-exposed persons such as government officials, banking and legal.”

The investigation by MAS could lead to hefty fines and various other penalties if the banks under question were found to be non-compliant with the very stringent anti-money laundering rules, policies and measures.

In the past, the US has imposed hefty penalties on banks found to have lapses with money-laundering activities, tax evasion and international sanctions, but Asian regulators have found to be slow to act.

Given this context, it was incumbent upon Singapore to act tough and prove that banks in the city-state are complying with anti-money-laundering rules.

Given this back story it is but natural for the central bank of Singapore to clamp down heavily on any fraudulent activity that jeopardizes the reputation of Singapore as a mecca for banking not only in Asia but globally.

According to the UN Office on Drugs and Crime, the estimated amount of money siphoned off globally in one year is 2 – 5% of global GDP, or $800 billion – $2 trillion in current US dollars. Money laundering is an epidemic and must be curbed – no question about it.

Advanced tech to the rescue 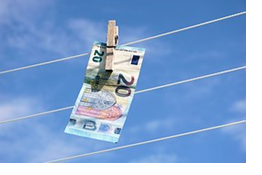 With escalating frequency and complexity of financial crimes, it is imperative for banks to pay greater attention to fraud prevention not just from a regulatory compliance perspective but for better operational risk management.

They must understand that if their systems are not preemptive in nature, then ‘post-incident’ scenarios are going to be quite common.

Banks need to work in partnership with solution innovators to combat the menace.

Banks must understand the gravity of the situation and begin evaluating solutions that can quickly enable a strong and strategic fraud prevention framework to pro-actively thwart potential threats from sophisticated money-laundering syndicates.